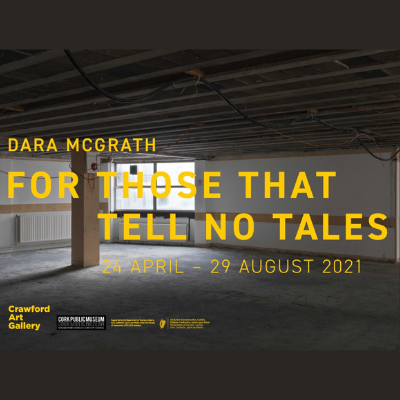 The Crawford Art Gallery has launched a photography exhibition exploring the War of Independence and its legacy.

‘For Those That Tell No Tales’ features over sixty works which focus on Ireland’s War of Independence. Between 1919 and 1921, approximately 1,400 people died in this conflict. Cork city and county saw the bloodiest of the fighting. In total, 528 people – including civilians, members of the Irish Republican Army, and members of the British Forces – lost their lives directly due to the conflict in Cork.

This exhibition of photographs by Dara McGrath seeks to shine a light on some of the forgotten moments of this conflict. McGrath’s work explores transitional spaces, those in-between places where the landscape and the built environment often intersect, and where a dialogue – of absence rather than presence – is created. His practice is driven by overlooked human interruptions in urban, suburban and rural contexts.

Beyond the recognised memorials and major landmarks there are many more sites within the landscape where people lost their lives. McGrath’s photographs elevate these spaces as sites of memory for those individual lost lives.

The exhibition is at the Crawford Art Gallery until the 29 August. Find out more, and view a selection of photographs on display.