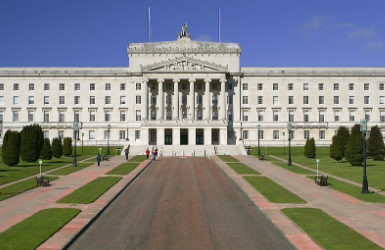 The Orange Order has planned a year-long series of events to mark the centenary of the creation of Northern Ireland.

Orange Grand Secretary, Presbyterian minister Mervyn Gibson, said in an interview with the Belfast News Letter that the order has been planning the events ‘for many years’. He pledged that the planned activities will be ‘sensible’, ‘sensitive’ and ‘where possible, inclusive’.

The centrepiece of these events will be a parade to commemorate the centenary, scheduled for the last Saturday in May, to coincide with the Spring bank holiday. The parade route will begin at Stormont, progressing through to Belfast city centre, mirroring the parade organised in 2012 to mark the centenary of the Ulster Covenant.

Whether the parade can take place will depend on the pandemic, but Gibson confirmed there would be a ‘year-long series of events’ to mark the centenary.

He said he wanted the order’s events to be open to ‘people either from other faiths, or from sections of the community who wouldn’t be eligible for membership of the institution’.