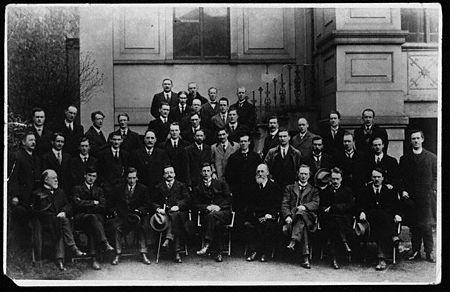 A new talks programme examining life in Ireland during the latter years of the Decade of Centenaries has been announced.

'Towards a Divided Island' will take place at Duncairn Arts Centre and will look at an arguably more tumultuous period in Irish history than the events of 1916.

The period of 1917-1922 saw events such as the 1918 general election and Sinn Fein's rise to power, the Government of Ireland Act, the War of Independence and the Irish Civil War.

Arguably the years leading up to 1923 saw polarisation, partition and daily violence of a kind not witnessed in Ireland since the end of the 18th century,' said organiser Philip Orr.

'Yet they also witnessed the creation of new jurisdictions that have survived throughout a century of global turmoil which saw many states, regimes and ideologies come and go.

'The six topics we have chosen could have been accompanied by many more but the ones we picked should be of deep interest.'

The talks programme is as follows:

Each talk in this series will be followed by discussion in which the significance of historical events for today will be discussed. Talks are all free to attend.