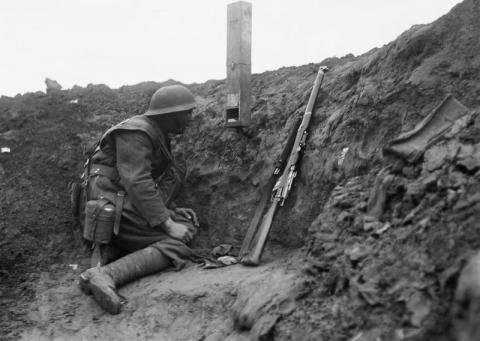 Over 49,000 Irishmen are believed to have died during the First World War according to the Irish War Memorial Records.

Now the Irish Government is working with Google and the In Flanders Fields Museum in Belgium to update the records, which were created in 1922, to gain a fuller picture of how many Irishmen died during the conflict.

Although the records attempted to include all those who died they also include non-Irish soldiers who died in Irish Regiments but don't necessarily include Irishmen who died in non-Irish regiments.

In order to update the resources, a bursary scheme has also been launched to allow Irish students studying history to spend time at the In Flanders Fields museum where the records are held.

Click here to view and search the records and to find out more information on the scheme.

The In Flanders Museum in Ypres have also joined forces with Google Cultural Institute to provide a large online exhibition about commemoration of Irish involvement in the First World War.