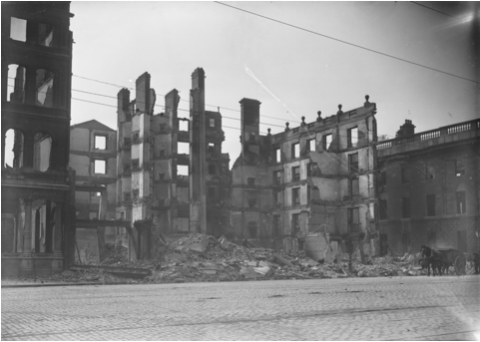 The Royal Irish Academy and the Digital Repository of Ireland have launched a new online exhibition showing a 'dynamic, multi-media reflection on the people and events of 1916 and its legacy'.

Inspiring Ireland 1916 features compensation claims for property damaged including claims from artists Jack B Yeats and Harry Clarke and also from chambermaid Lizzie Walsh, who lost all of her possessions when the Metropole Hotel beside the GPO was destroyed.

Lizzie had no involvement in the Rising, however her belongings and livlihood were lost when the hotel was destroyed as she explains in this letter to the Property Losses Committee.

Inspiring Ireland 1916 is part of an ongoing project within the 2016 Centenary programme.

It uses digitised photographs, diaries, posters, and recordings to tell the stories that surrounded the Rising and paint a picture of everyday lives in 1916.

The exhibition opens with stories of 'Women and the Rising' which, Dr Natalie Harrower, the Digital Repository of Ireland’s Director, said shows a side of the Rising that is not well documented.

For more information on the project, visit http://www.inspiring-ireland.ie/.