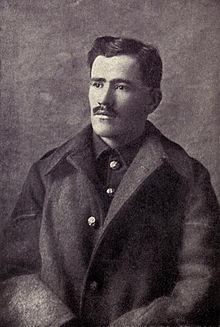 A new contemporary visual arts exhibition exploring the life and work of poet Francis Ledwidge has opened at the Nerve Visual Gallery, Ebrington, in Derry~Londonderry.

A Name Unmade: Francis Ledwidge (1887-1917) features work by six contemporary visual artists presented in response to the Meath poet in the centenary year of his death.

Famously remembered as Ireland’s soldier poet, Francis Ledwidge was stationed at Ebrington Barracks for a period in 1916 before being posted back to the Western Front in January 1917. During his time in Derry~Londonderry, he wrote some of his most famous poems about he events of the Easter Rising. He died on 31st July 1917 during the third battle of Ypres in Belgium.

The exhibition, curated by Sabina Mac Mahon and Declan Sheehan, travels to Nerve Visual following its launch at the Solstice Arts Centre in Navan earlier this year.

A mix of paintings, photography and sculpture will be on display from artists Patricia Burns, David Farrell, Clare Langan, Mick O’Dea, Niamh O’Malley and Sasha Sykes.

The exhibition, funded by the Department of Foreign Affairs and Trade’s Reconciliation Fund, aims to re-introduce Ledwidge, his life story and poetry to the public by exploring the conjoined themes of love and loss that were central to his work.

David Lewis, Director of Communications at the Nerve Centre, said: “Nerve Visual is delighted to be hosting an exhibition exploring the life and legacy of Francis Ledwidge in Derry~Londonderry in the centenary year of his death and at a location where Ledwidge was once stationed.

'The exhibition is also a unique opportunity for the public and young people to engage with the Creative Centenaries project including an interactive version of the #MakingHistory exhibition that ran at the Ulster Museum during 2016.'