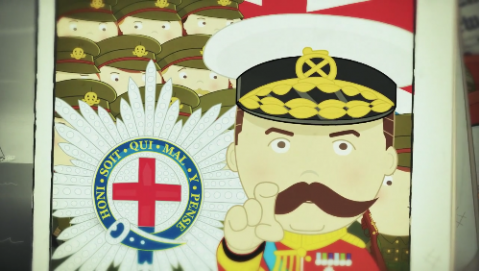 The BBC have produced a number of short animations aimed at helping primary school children explore key figures and themes from the First World War.

Three important figures from various backgrounds are profiled in the short clips, including Edith Cavell, Walter Tull, Douglas Haig and Secretary of State For War, Lord Horatio Kitchener, among many others.

The animations form a part of the BBC's extensive output during 2014, the centenary of the First World War.