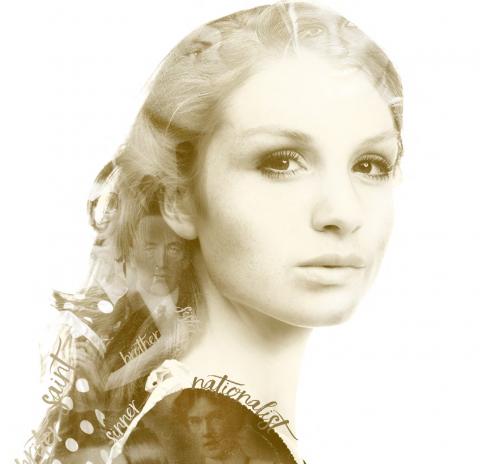 The ‘Vivid Faces’ season will feature eight plays at the south Belfast venue and will include plays marking the 100th anniversary of the 1916 Easter Rising and the Battle of the Somme.

The new programme will also see the world premieres of three new works by local writers, in addition to a co-production with the Young Vic in London of Conor McPherson’s new play, which is also a world premiere.

The new season will begin in April with Rosemary Jenkinson’s Here Comes the Night, a Lyric new writing commission starring Kerri Quinn who has recently been receiving rave reviews for her performance in Educating Rita.

Also in April is Tom Murphy’s docu-drama about the Easter Rising, The Patriot Game, which will be performed by emerging actors from the Lyric Drama Studio.

Stewart Parker’s Northern Star, produced by Rough Magic Theatre Company and directed by the playwright’s niece Lynne Parker, will be performing at the Lyric in May. Based on the charismatic Belfast-born United Irishman Henry Joy McCracken, the play examines the reasons for the failure of the 1798 rebellion and its attempt to forge a new nation.

Smiley, Gary Mitchell’s new play and the second new writing commission of the season, has its world premiere at the Lyric in June.  Directed by Conall Morrison, the play is a comedy about football, cross-dressing and a paramilitary group well past its sell-by date.

In July, Frank McGuinness’ classic World War 1 play Observe the Sons of Ulster Marching Towards the Somme will be performed at the Lyric for two weeks prior to a tour of Northern Ireland co-presented by the Lyric Theatre.

The play, a co-production between the Abbey Theatre, Headlong, Citizens Theatre and Liverpool Everyman & Playhouse, will be directed by Headlong’s Artistic Director Jeremy Herrin.

Meanwhile, The Nest – a new translation by Conor McPherson of Franz Xaver Koetz’s play – premieres at the Lyric in September.  A co-production between the Lyric and London’s Young Vic, this directed by the former Artistic Director of the Royal Court Theatre, Ian Rickson.

The season finishes with a third new writing commission, a modern resetting of Chekov’s Three Sisters by the award-winning novelist and playwright Lucy Caldwell.  Directed by Selina Cartmell, this new version of Three Sisters has its world premiere at the Lyric in October.

Executive Producer Jimmy Fay said: “In this centenary year of the Easter Rising and the Somme, it feels very appropriate to stage these eight plays which explore the complex and ever-changing nature of national, community, family and personal identity.

“It’s particularly exciting to be hosting the world premiere of four plays, three of which are Lyric new writing commissions from local playwrights.  This is going to be a fascinating, absorbing and hugely entertaining year.”