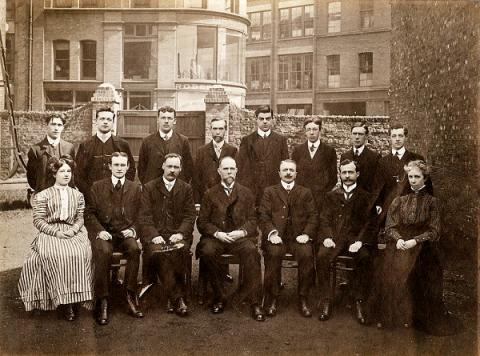 A collection of letters sent by librarians serving on the front line during the First World War back to the Chief Librarian in Belfast between 1914 and 1919 have been digitised and are available to view thanks to a new project from Libraries NI.

The 11 'library men' came from a range of backgrounds and religious denominations. Most were born in Belfast but others originated from Ballycastle, Dungannon and Newcastle-upon-Tyne

Some prospered after the war, like Major Thomas Coulson, who wrote several books including ‘Mata Hari: Courtesan and Spy’, which was published in 1930 and made into a film.

Others were left with extensive injuries making it harder for them to settle back into employment and civilian life. One member of library staff, William Brown who had enlisted in August 1917, was killed in France on 12 August 1918.

In this unique collection of letters 'the library men' have given us their own individual accounts of the Great War, beginning with life in the training camps, the brutal reality of trench warfare right through to demobilisation and eventual return to civilian life.