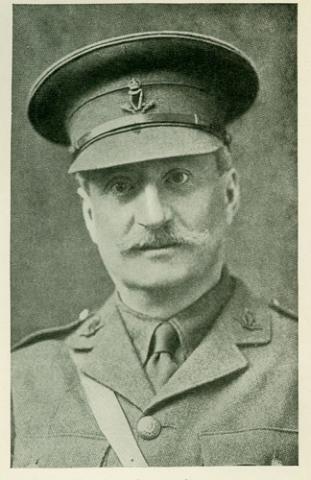 A series of recently discovered letters from Willie Redmond from the front lines of the First World War reveal the pride he felt for fellow Irish soldiers.

The letters, written to the aristocratic Monteagle family and now a part of the Foynes Flying Boat Museum in County Clare, were sent by Redmond in 1916 when the 16th (Irish) Division were in France. Writing to Una Taylor, Redmond expressed his admiration for his fellow Irish soldiers who had secured Guillemont and Ginchy during the Battle of the Somme.

'The Irish captured Guillemont and Ginchy in most glorious fashion. Nothing could be more splendid. I saw enough of it though at headquarters to be lost in admiration at the bravery of these Irish soldiers and they never forgot Ireland but sang her songs all the time.

Showing his frustration at not being able to help them, Redmond continued: 'Everyone agrees that the Irish troops could not have done better. The losses were of course comparatively heavy. So many dear young boys dead. I never regretted feeling old before. I wish I could have done more.'

Redmond, brother of Irish Parliamentary Party leader John Redmond, was one of the most famous casualties of the First World War, killed during the first day of the Battle of Messines on June 7, 1917. Like his brother he belived that joining the British war effort would help to bring about Home Rule for Ireland.

To read more about the First World War, including an insight into the Battle of the Somme, check out our interactive timeline.