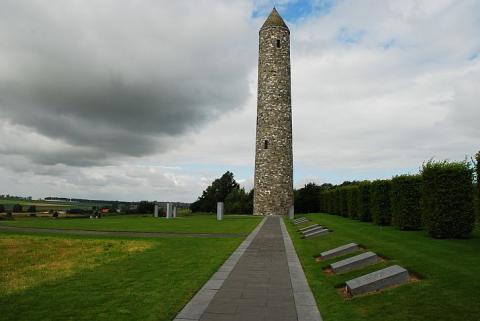 The NI Secretary of State, James Brokenshire, has announced plans for a shared UK-Ireland commemoration ceremony on June 7 to mark the centenary of the Battle of Messines Ridge.

The battle has considerable historic and symbolic significance for the UK and Ireland, as Messines was the first time that the 36th (Ulster) and 16th (Irish) Divisions fought alongside each other during the Great War.

The UK and Irish governments have now committed to working together to deliver a shared ceremony of commemoration, in the spirit of the 36th (Ulster) and 16th (Irish) divisions at the battle.

Making the announcement, James Brokenshire MP said: 'I am pleased to announce this shared UK-Ireland ceremony to mark the centenary of the Battle of Messines.

'We have seen all too well how history can divide, but our ambitious goal throughout this decade of centenaries is to seek to use history to bring us together, and to build on the political progress that has been made throughout these islands.

'This shared ceremony is an opportunity to remember the service and sacrifice of those who fought at Messines Ridge, as well as to further strengthen the important relationship that exists between the United Kingdom and Ireland.'

The commemoration ceremony will take place at the Island of Ireland Peace Park in Messines, Belgium, and will be a ticketed event.

Members of the public who wish to express an interest in attending the commemoration can obtain further details by clicking here.