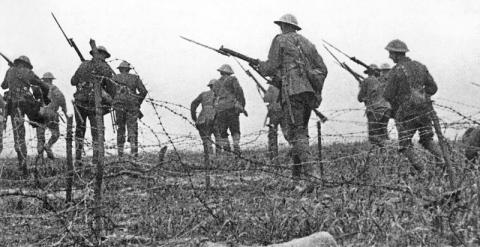 The Irish government have announced plans for how it intends to mark the centenary of the Battle of the Somme in 2016.

Four programme strands were announced at the launch attended by Taoiseach Enda Kenny, including: 'ceremonial', 'historical and education reflection', cultural' and 'community participation'.

A production of Frank McGuinness' 'Observe the Sons of Ulster Marching Towards the Somme is being co-ordinated by the Abbey Theatre in Dublin and will take place at the site of the Battle of the Somme next year.

A military ceremony will be held on the morning of July 1 at the Irish National War Memorial Park, Islandbridge, honouring Irish Regiments who fought at the Somme.

The Other Voices project in conjunction with the National Museum and Poetry Ireland will explore stories of Irish men involved at the Somme and the Rising.

National Museums Ireland will make promote its digitsed collection of wills from soldiers killed during the war and a series of commemorative stamps will be issued by An Post.

'2016 is a very important year for Ireland as we commemorate events that shaped the history of our island over the last 100 years,' said Taoiseach Enda Kenny.

'In recent years we have all come to a greater understanding of the many strands of our history from that period. In commemorating the Battle of the Somme, we are remembering all those from this island who died during this terrible period in 1916.'