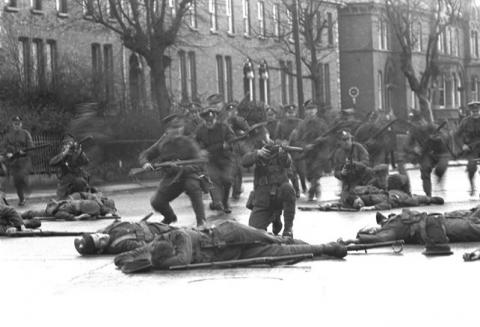 A TV series made by RTE in 1966 is set to be re-broadcast this year to mark the centenary of the Easter Rising.

Insurrection, an eight part drama, told the story of the Rising in a real-time news report style in an ambitious project for the then six year old television network.

Brid Dooley, head of RTÉ Archives, said: 'We are delighted to bring this beautifully restored programme to audiences 50 years after it was first created.

Watch a preview of the series below: