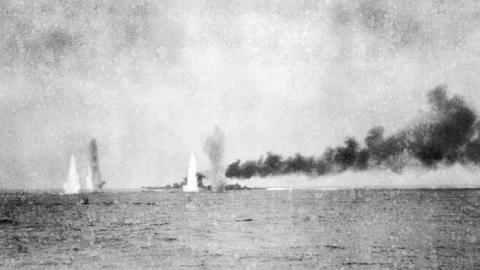 Imperial War Museums are asking members of the public to share stories and personal memories of people involved in the Battle of Jutland.

The Battle of Jutland was the largest naval battle of the conflict with over 8,000 men losing their lives off the coast of Denmark in the 36 hour battle that began on May 31.

Both sides claimed victory with Germany losing 11 ships and Britain 14. However, the German surface fleet failed to significantly challenge the British again during the war.

TV broadcaster and naval historian Dan Snow said: 'Jutland is one of the greatest sea battles of all time. It decisively affected the outcome of the First World War and thus the course of the 20th century.

'The experience of the men involved or the terrible fate of those sailors trapped on doomed ships deserve to be remembered. Digital memorials like Lives of the First World War help to ensure that they will be.'

CLICK HERE for more information on the Lives of the First World War project.