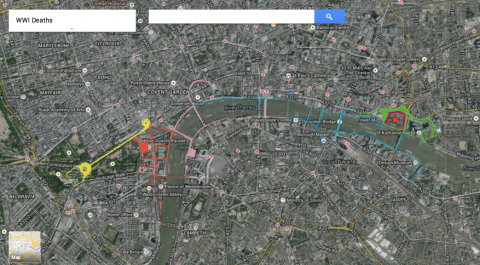 The popular Tower of London exhibition which has installed a poppy to represent each of the British military dead from the First World War has been viewed by record numbers of people since it opened.

Now, a Google map of London imagines what that memorial would look like if it incorporated all the dead from the First World War and details just how much space ta memorail combining 19.5m poppies would incorporate.