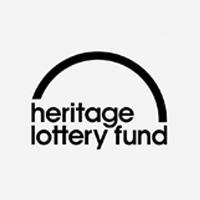 The Heritage Lottery Fund (HLF) will make an extra £4m available in 2016 for projects around the First World War, to mark the centenary of the Battle of the Somme.

The announcement was made on July 1 to coincide with the 99th anniversary of the Battle of the Somme.

Chair of the HLF, Sir Peter Luff, said: 'The demand for National Lottery funding for First World War projects has been phenomenal, so much so we’ve decided to make extra money available.

'Next year marks the centenary of the Battle of Somme and if groups want support for projects in 2016, they need to start thinking about applying now.'

The funding will be made available through HLF's 'First World War: Then and Now' programme which awards grants of between £3,000 and £10,000 to community projects during the centenary commemorations of the First World War.

To date, projects have included the recording of local heritage, the conservation of war memorials and using digital technologies to share stories.

CLICK HERE for more information on the programme including how to apply.