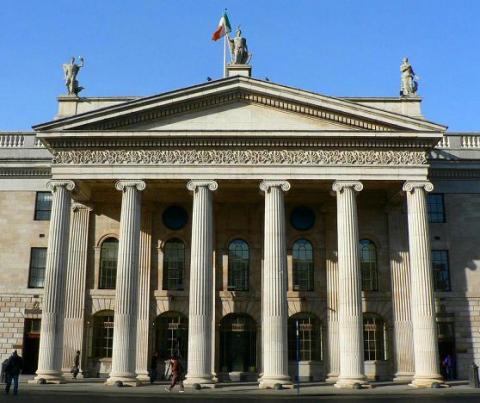 Developers of a walking tour app around key sites of the Easter Rising want the public's help in deciding the list of locations.

The app, which is due to be launched in April 2016, is being developed by a team at UCD and rather than asking historians, curators and other experts, are keen to hear from the public would they would like to see included.

The finished product will serve as a walking companion for tourists and those interested in history and will include audio, pictures and text information about key sites of the Rising.

A shortlist of locations has been drawn up by the developers and includes sites such as the Four Courts, Jacob's Biscuit Factory, Boland's Mill the GPO (pictured above) and Dublin Castle.

Members of the public can submit what they feel to be the five most important sites and will be entered into a prize draw as a result.

The app will be free to download across all platforms from April 2016.