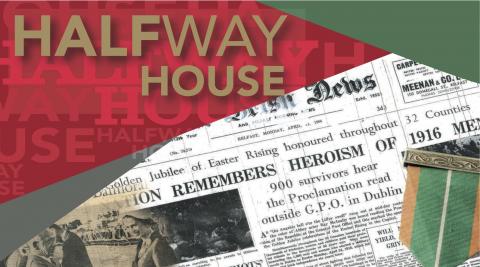 Philip Orr's acclaimed play Halfway House set in 1966, the 50th anniversary of the Easter Rising and Battle of the Somme, will tour to venues across Northern Ireland this September.

Halfway House is a one act play, brought to you by Contemporary Christianity, a Belfast-based organisation that, among many other things, seeks to promote shared understanding through the Arts. The play's author, Philip Orr, is a historian of the First World War who has delivered multiple community projects on history and identity.

Halfway House involves two women who meet each other on a snowy winter’s night, stuck in the back room of a pub in the Sperrin Mountains.

They discover that they have much in common but then they discover more about each other’s families and that is disturbing for both women. The subject of remembrance becomes a troubling part of their conversation.

Halfway House sees to ask the question - is there anything that could and should have been talked about in our society that would have helped to prevent the conflict that engulfed us all? Each performance will be followed by an audience discussion.

The production has already toured numerous venues across Northern Irelan  including a couple of performances in Belfast’s City Hall. The two actors are Antoinette Morelli and Louise Parker, both talented performers who have worked in some of Northern Ireland’s premier theatre.