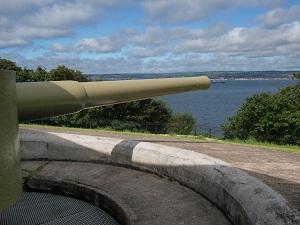 The 100th anniversary of the Gallipoli landings will be commemorated at an event at Grey Point Fort near Bangor on April 25.

Irish men were among the thousands who took part in the campaign and landed on the Turkish Gallipoli peninsula in one of the largest engagements of the First World War,

Many other nations were involved in fighting, including Australia and New Zealand who commemorate April 25 as a national day of remembrance known as Anzac Day.

To commemorate all those who fought and died in the Gallipoli campaign, the Northern Ireland Environment Agency (NIEA) will host a symbolic re-firing of the restored Vickers 6-inch bore gun located at Grey Fort Point in Helen's Bay.

The gun will be fired at 1pm on Saturday April 25.

Throughout the day there will also be tours of the site's radio and military museum from 10am - 5pm while the Ulster Military Vehicle Club will also showcase a selection on vintage military vehicles across the weekend.