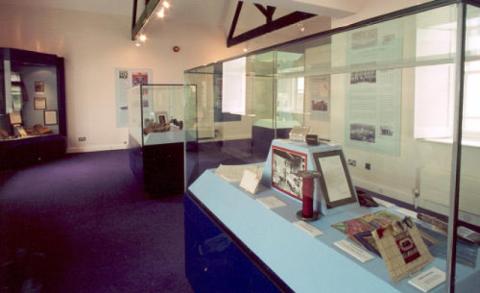 Community groups and those interested in the First World War are encouraged to sign up for a free event at Donegal County Museum on March 6.

Organised by Derry City Council's Community Relations Team, participants will have a chance to explore a First World War exhibition, telling the story of the conflict through the experiences of Donegal men and women at both home and abroad.

Following a guided tour, participants will be able to explore the remainder of the museum's exhibitions which include a range of artefacts on Donegal life from the stone age to present day.

In the afternoon, All-Ireland fiddle champion and noted harp player Tracey McRory will perform music she composed specifically around the First World War.

'We encourage people to come along and discover the local connections to the Great War and take the opportunity to also have a look at some ancient artefacts which give an insight into life in Donegal dating right back to the Stone Age,' said Jenny McClelland from the Community Relations Team.

A bus will depart from the Shared Future Centre, Irish Street, Derry~Londonderry on Friday, March 6 at 9.30am.

Organisations or members of the public interested in attending the event should contact Jenny McClelland by email: jenny.mcclelland@derrycity.gov.uk or tel: 028 7136 5151.