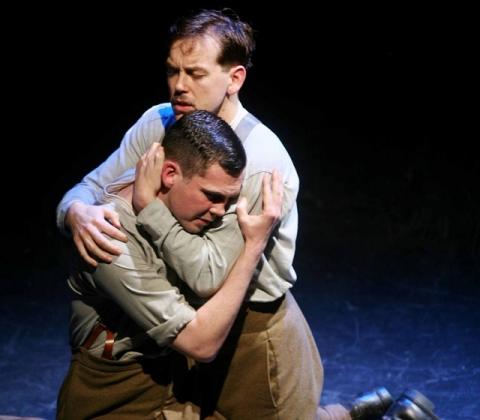 Observe The Sons of Ulster, the play from noted writer Frank McGuinness, is set to take place on the Somme battlefield next July.

The production from Abbey Theatre and Headlong Theatre will host a new cast at the site on July 1, 2016, marking the 100th anniversary of the First World War battle.

It is thought to be the first time a professional production has been staged at the site. It will also tour across the UK and Ireland throughout the year.

The play is told in the form of flashbacks from an old, unmarried man who is the only surviving soldier of eight comrades.

'It will tie in with the anniversary and it will be performed in Glasgow, Liverpool, London and Dublin,' said McGuinness. “And the plan is to take it to the battlefield as well.'

The play comes to a climax at the start of the battle where the 36th Ulster Division suffered particularly heavy casualties.