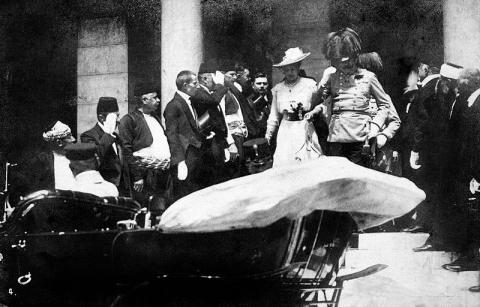 Events leading up to the beginning of the First World War from a British perspective will be tweeted in real time by a new account from the Foreign Office.

Beginning with the assassination of Archduke Franz Ferdinand, to mark the 100th anniversary of the event widely attributed to starting the First World War, the Twitter account will relay a series of messages and information mirroring July 1914, in the lead up to Britain's declaration of war on August 4.

Extracts will be provided Sir Arthur Nicholson, Sir Edward Grey, foreign office officials and others from across Europe.