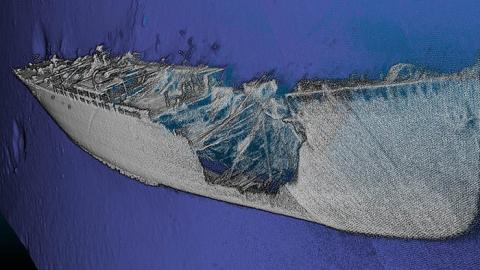 Scientists have released a series of 3D scans of shipwrecks from the First World War found off the coast of Ireland.

The team of scientists identified and examined a number of wrecks, some of which are located too deep to be dived since their sinking around 100 years ago.

One of the ships surveyed was RMS Leinster, which sank in 1918 after being torpedoed off Howth Head, killing more than 500 people – the greatest single loss in the Irish Sea during the war.

Other wrecks included the SS Chirripo, which foundered in 1917 off Blackhead, Co Antrim, after striking a mine. High resolution scans of the vessels were created using new technology.

“We were able to capture the most detailed images of the entirety of the wrecks ever,” said Dr Ruth Plets from the School of Environmental Sciences at Ulster University.

“This is the first time we can examine what has happened to them, during sinking and in the intervening 100 years, and try to predict their future preservation state.”