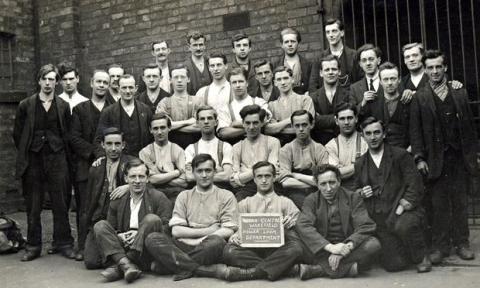 The public are now being encouraged to help complete and add to the online records by adding more information and uploading photographs to remember those who opposed active services because of moral, religious or political grounds.

Until 1916 Britain had relied on volunteers to the war efforts before the UK Parliament passed the Military Service Act to introduce conscription.

The resource will be made available through the Imperial War Museum's Lives of the First World War project which has so far detailed the life stories of over seven million people.

Records of over 16,500 men who refused to fight during the First World War have now been added to the IWM centenary memorial site, made live on May 15 - International Conscientious Objectors Day.

Click here to view the records and help to build background stories.