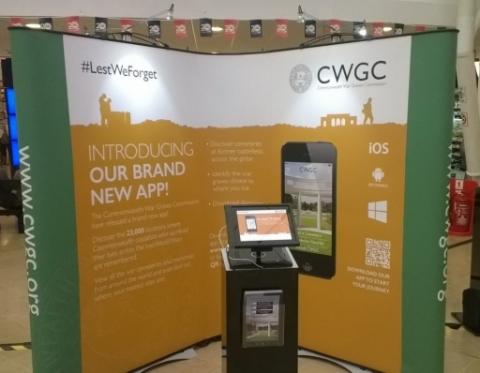 New smartphone apps to help uncover stories of the First World War and to find sites of remembrance have been released.

The Commonwealth War Graves Commission (CWGC) has launched a new app which allows users to search for war graves at more than 23,000 locations across 153 countires.

The app is described as a useful tool for planning trips to cemeteries or to find out more information on the 1.7m Commonwealth service men and women who died during the First and Second World War.

Meanwhile, the Aisne Tourist Board in France has launched an app providing information on the 50 British soldiers who received the Victoria Cross in the First World War - the most prestigious military decoration available.

The app also includes a 'heroes trail' which provides information on major battle involving British and Irish forces including the Battle of the Somme.