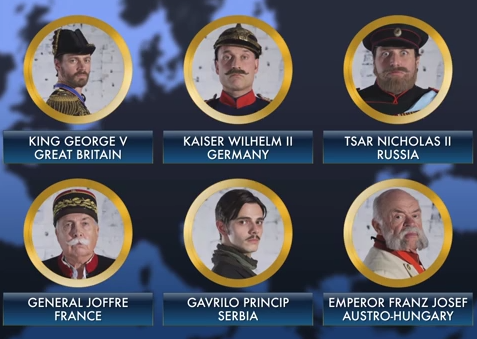 A rap video pitting the instigators of the First World War against each other has been made by the BBC.

The piece attempts to offer younger people an explanation to how The Great War broke out and sees the likes of King George V of Britain face off against his cousin Kaiser Wilhelm II of Germany.

The video can be watched below. Please be aware that it contains some language which some people may find offensive.