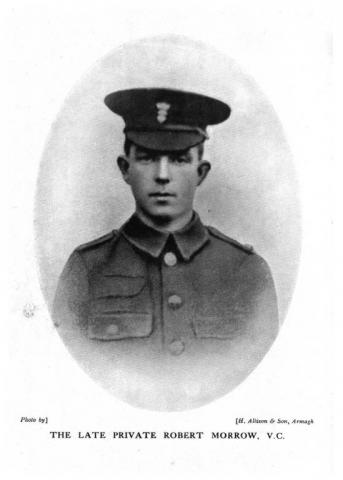 As part of the government's programme to honour Victoria Cross winners from the First World War, commemorative paving stones are being laid in the birth places of those awarded the honour.

The initiative began in August 2013 to 'honour their bravery', 'provide a lasting legacy of local heroes within communities' and 'enable residents to gain a greater understanding of how their area fitted into the First World War story'.

628 Victoria Crosses were awarded during the Great War, 428 of which were awarded to UK and Ireland born recipients.

Now, the first Ulster paving stone will be laid in Dungannon, County Tyrone in April 2015 in memory of Private Robert Morrow of the Royal Irish Fusiliers.

The programme will see all Victoria Cross winners honoured with a commemorative paving stone over the coming months.

The map below will be consistently updated as more paving stones are laid.