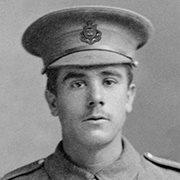 For the next four years, a fictional character called Walter Carter will be reliving his experiences of the First World War through Facebook.

Walter is a 19 year old private in the Territorial Force living in Clapham, South London, exaclty 100 years ago. But he doesn't really exist.

He has been created by a design company to teach teenagers and young people about life on the front line and at home during the First World War.

Walter will issue regualr posts to the social netowrking site over the course of the next four years - as if the events of that time are unfolding now. While he fights at the front, his fictional friends and family from home will also comment on his status updates.

And, although he is fictional, everything that happens to Walter will be based on facts and actual events.

Click here to find out more about Walter and his experiences.