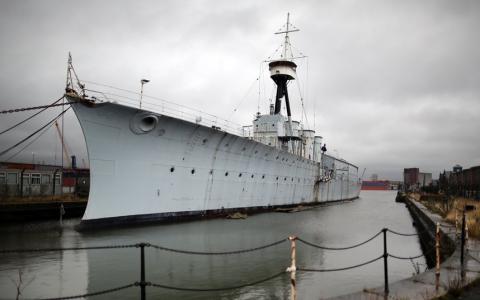 Events have been announced to mark the centenary of the Battle of Jutland, the largest battle involving the navy during the First World War.

Commemorative events have been announced for the Orkney Islands and elsewhere across the UK, by the Culture Secretary.

HMS Caroline, the last surviving ship from the battle, and docked in Belfast, will be opened as a museum to mark the centenary of the battle with a ceremony at the site of the ship.

Other events include a wreath-laying ceremony at sea on Jutland Bank by British and German ships, the laying of commemorative paving stones in honour of the four Victoria Cross recipients from the Battle of Jutland and commemoration of casualties buried in Sweden, Norway and Denmark.

HMS Caroline, the last survivor of the Battle of Jutland, will be opened as a museum in Belfast, and there will be a series of services at naval memorials around England including Portsmouth, Plymouth, and Chatham in Kent, as well as events in Germany.

Culture Secretary John Whittingdale said he hoped events would help to further understanding of younger generations around the war.

'These commemorations will be an opportunity for the country to come together to honour those who lost their lives during the Battle of Jutland,' he said.

'The pivotal role that the Royal Navy played in the war effort cannot be underestimated and we owe a great to debt to those brave souls who gave their lives.'