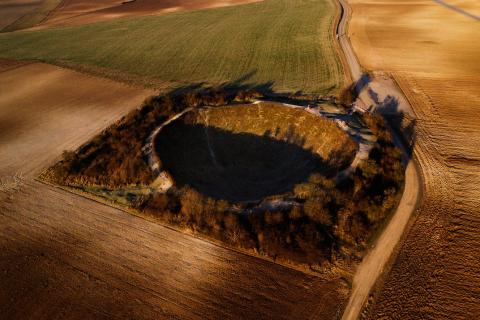 Key locations from across Europe have been photographed to show how the impact of the First World War can still be seen today.

Irish photographer Michael St. Maur Sheil has captured images from modern day locations caught up in conflict during the early 20th century, including the image above of the Lochnagar Crater, caused when an explosive packed mine was detonated during the Battle of the Somme.

To view the full collection of images, click here.