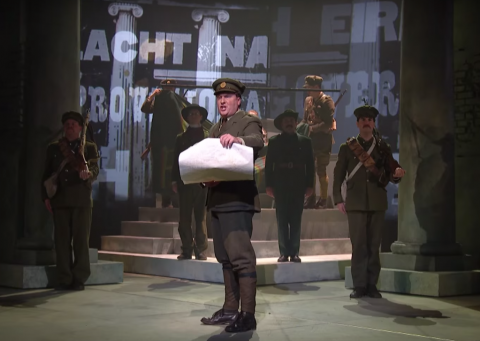 A professional recording of the show has also taken place in front of a live audience which will be broadcast on television in America this October.

A cast of 23 are involved in the two hour performance which charts the week long insurrection, including the reaction of the British forces such as Sir John Maxwell who refers to the rebels as ‘The Bloody Irish’.