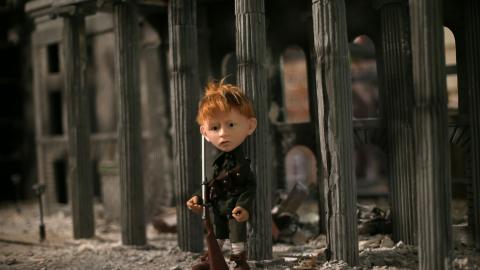 At 14, Vincent “Vinny” Byrne was one of the youngest rebels during Easter Week, 1916.

The teenager found himself in Jacob’s Biscuit Factory during the Rising, but he was so young that the British let him go after the rebellion.

He was subsequently responsible for the execution of two British officers on Bloody Sunday 1920 and was a member of Michael Collins’s squad.

Byrne’s story has now been made into an animated short using puppets.

The short will be shown as part of After ’16, a programme of short films that were commissioned by the Irish Film Board (IFB) to mark the centenary of the Easter Rising.

The short, titled A Terrible Hullabaloo, was made by the Bowsie Workshop in Dublin 8.

It was directed by Ben O’Connor and written by Aoife Noonan.