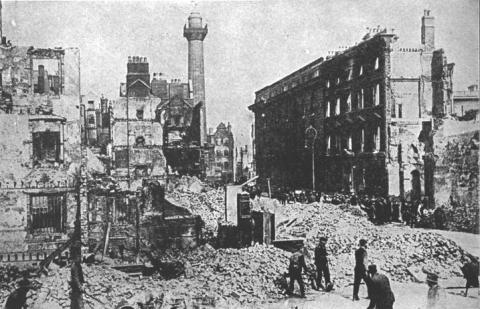 A major outdoor drama will take place in Derry on May 12 as part of the city's commitment to mark the 100 year anniversary of the Easter Rising.

'The Dawining of the Day' will see a re-enactment of events from 100 years ago, featuring over 100 performers, at Guildhall Sqaure in the city on the evening of May 12 in one of the largest outdoor performances of its kind this year.

The event will be filmed and streamed to screens in the city as well as online for international viewers.

'Diirector Gerry Doherty has delivered an excellent script and the acting will be enhanced with specially selected music and the cast will appear in period costume, the audience is also encouraged to attend the event in costume,' said a spokesperson for the event.

The family friendly event is free to attend and begins at 7.30pm.