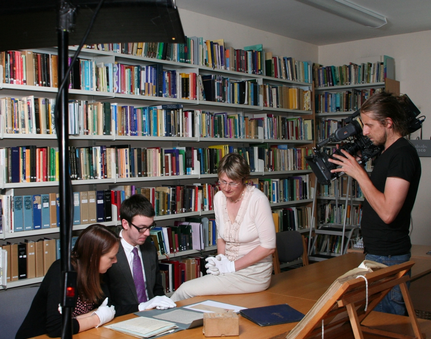 The Boys From East Belfast, a new documentary commissioned by the Church of Ireland, details an attempt to find out more about the men behind a series of letters written during the First World War.

Correspondence from 10 young soldiers as they fought on the Western Front in early 1918 were discovered at a former bishop's residence two years ago.

The men, from the Church of Ireland parish of St Mark's in East Belfast, wrote letters of thanks to the people of the parish for sending Christmas parcels to trenches on the frontline.

The letters also give a personal insight into trench warfare as soldiers battled against the harsh conditions of war.

The documentary uncovers that all 10 soldiers survived the war and with research carried out by the Great War Project in East Belfast attempts to find out what happened when they did retrun home.