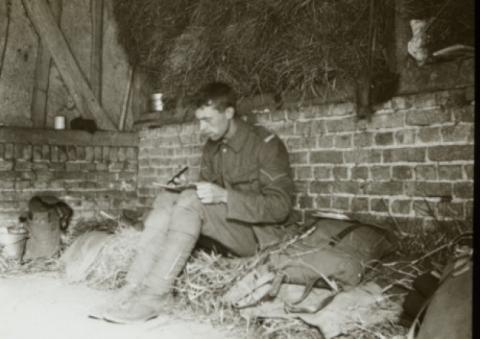 Lance Corporal George Hackney from Belfast is set to be remembered in a new documentary to be aired on the BBC later this month.

The Man Who Shot The Great War tells the story of the Belfast born soldier who took his camera with him to the trenches in 1915 and captured some unique imagery from the front lines.

Using his diaries as a backbone, the documentary will explore the effect that war had on George who later became a pacifist and embraced the Bahå'i faith later in life.

His images capture soldiers as they start their journey through to what life was like in the barracks and trenches of the front line.

The one hour film will include some expert insights into George's photographs and his personal journey and how he was able to gain suchvaluable access at a time when unofficial photography of the war was illegal.

George's collection of photographs was donated to the Ulster Museum before his death and continues to be used. Images will form a part of the Museum's new Modern History exhibition to be opened later this month.

The Man Who Shot The Great War will be broadcast on BBC One Northern Ireland on Monday, November 17 at 9pm.