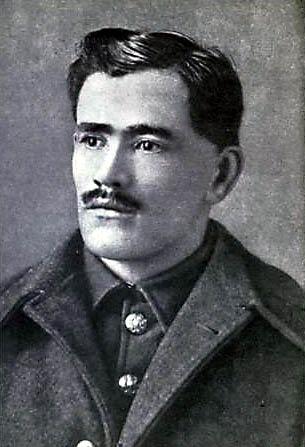 A descendant of renowned poet Francis Ledwidge, who was stationed at Ebrington in Derry~Londonderry prior to his death on the Western Front in 1917, has directed a First World War inspired Christmas advert for retailer Sainsbury's

Ringan Ledwidge, great-nephew of the County Meath native, made the advert in a joint venture with the retailer and the Royal British Legion which you can view below.

The advert addresses the 'Christmas Truce' of 1914 when both German and British forces are said to have laid down their arms and came together to share greetings, presents and a game of football.

Ringan led direction of the piece which the partners sought to make as accurate as possible by basing it on original reports and letters from the time.

His great-uncle Francis joined the war effort in October 1914 despite initially being part of a group opposed to war. He was stationed at Ebrington in Derry~Londonderry prior to duty at France and Belgium.

Considered by many as one of the finest poets of his generation, Francis Ledwidge wrote two volumes of verse during the war, 'Songs of the Fields' and 'Songs of Peace'.

He died ahead of the third battle of Ypres while preparing for an assault.