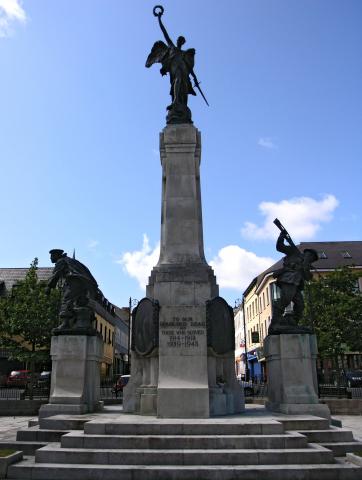 Records containing details of soldiers from Derry~Londonderry who fought and died during the First World War are now available to view online.

Derry City Council's Archive and Genealogy Service, along with the Public Record Office (PRONI) have digitised the Derry~Londonderry War Memorial records to mark the centenary of The Great War.

Carål Ní Chuilín, Minister of Culture, said, 'The digitisation of the Memorial Records will enable people to better access information on the young people, from all backgrounds, who died in the First World War.

'It is important that we all come together to remember and commemorate the historical and significant events which have affected the lives of people and communities here. The launch of this resource will contribute to the Commemoration of the Decade of Centenaries and build upon the legacy of the City of Culture Year.'

Bernadette Walsh, Archivist with Derry City Council, said, 'This represents another successful collaboration with PRONI. For this project, four volumes have been digitised which provide additional information about the soldiers whose names appear on the memorial. The original volumes, which date from 1926, remain with the Derry City Council Archive collection.'

The online archive will be launched at an event in the Tower Museum in Derry at 2.30pm on Thursday, June 19.