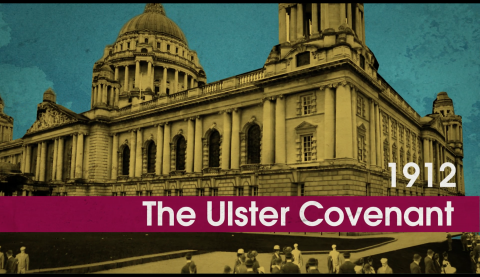 Creative Centenaries was rewarded at the Digital Advertising NI (DANI) awards in Derry~Londonderry last week as it picked up an accolade in the E-Learning category.

The ceremony, as part of the Culture Tech programme, saw Creative Centenaries fight off stiff competition to achieve recognition for the cutting edge 3D animations produced in conjunction with Whitenoise Studios.

We have now produced two animations: one highlighting each of the events within the Decade of Centenaries, and another charting the events leading to the outbreak of the First World War.

Using a unique form of digital projection and 3D mapping the videos bring fresh life to stock imagery and footage of the time, giving a new audience a chance to learn about key events in Ireland's history.

You can view each of the animations below.