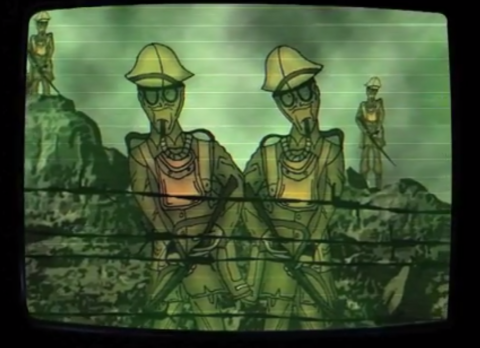 Earlier this month a group of young people from Derry~Londonderry, Omagh and Strabane came together to make a multimedia piece based on their perceptions of the Decade of Centenaries.

The young students, from a variety of backgrounds, explored some of the key themes from throughout the time and over the course of one week combined to act, sing, film, record and animate a final piece.

In conjunction with Beam Creative Network, students had previously benefitted from screenwriting and drama workshops while the Nerve Centre facilitated comic book workshops based on resources being produced by Creative Centenaries.

Breaking into small groups during the week long film project, students received training and guidance from some of the Nerve Centre's core staff and produced a final film combining elements of all their work which you can view below: