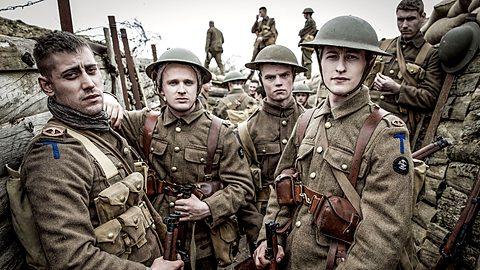 Viewers can take control of life and death decision in an interactive episode of BBC drama 'Our World War', with their choices changing the path of the plot.

A mixture of live action and animation have been used to tell the story as men fight to take control of High Wood on July 14, 1916, during the Battle of Bazentin Ridge at the Somme.

The story has been based on real life accounts of the time and users can control choices which Corporal Arthur Foulkes makes throughout the mission through a series of on-screen buttons.

Viewers will learn about the short and long term consequences of their actions and well as seeing how a soldier at the time would have reacted.

Click here to watch the episode and take part in the story.