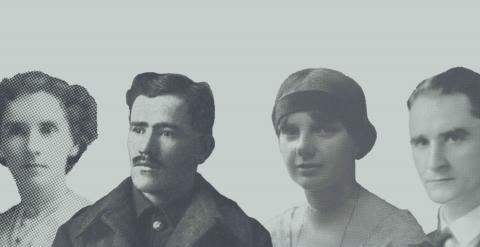 A major event of music, poetry and drama has been announced to mark the close of the Tower Museum's 1916: Untold Stories exhibition.

Taking place at The Guildhall on November 23, the event will draw to a close the eight month long run of the exhibition which looked at the impact of the events of 1916 on the people of Derry~Londonderry and the north-west.

The event will include performances from musicians Voice and Verse, The Allegri Choir and Tracey McRory - all of whom have performed or written music inspired by the events of 100 years ago.

Derry writer Colette Bryce will read from her own poetry inspired by the events of 1916 and from the iconic poetry of other well-known Irish writers.

The night will also feature drama excerpts from new production To Thee I Serve and the Francis Ledwidge inspired play, Still, The Blackbird Sings.

Tickets for this one off event are free and available HERE.

The event is being organised in partnership with the Nerve Centre's Creative Centenaries programme.