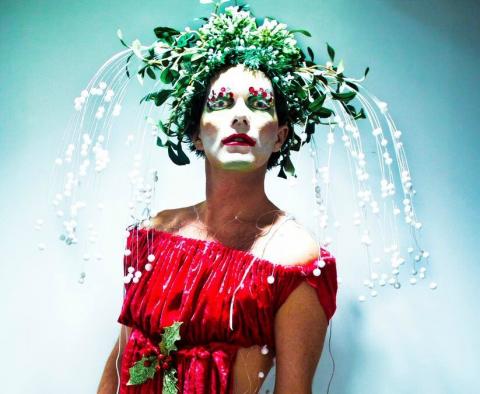 Details of the 2016 Ulster Bank Belfast International Festival have been announced and include a number of events linked to themes from 1916.

Running from Tuesday 11 October to Saturday 29 October, the programme themes include World In Motion (exploring the human face of the refugee crisis), Bending The Bard (a sideways look at the enduring appeal of Shakespeare on the 400th anniversary of his death) and Nineteen Sixteen (artists and writers consider the multiple legacies from a momentous year).

Events linked to 1916 include 'A 24-Decade History of Popular Music: The WW1 Years and More' by performance artist, Taylor Mac.

He takes on the mantle of closing the festival with a ten-decade spectacular beginning in 1916, the year of the Easter Rising and Battle of the Somme.

His debut show in Northern Ireland has been jointly commissioned by Belfast Festival and 14-18 NOW, the UK’s arts programme for the First World War centenary.

Other events include an opening night performance of In Dreams Begin Responsibilities: A Journey in Words and Music, delivered by Poetry Ireland as part of the Ireland 2016 Centenary Programme.

Another 14-18 NOW project sees Butterflies and Bones: The Casement Project come to Belfast. The new work, performed by six dancers, addresses the legacy of Casement and the events of the Easter Rising.

A panel discussion at PRONI on October 18 will welcome Catriona Crowe, Fionnuala Walsh, Clare Bailey and Alison Morris to discuss100 Years of Emancipation for Women: Where Are we Now?

The full Belfast Festival programme is available to view HERE.