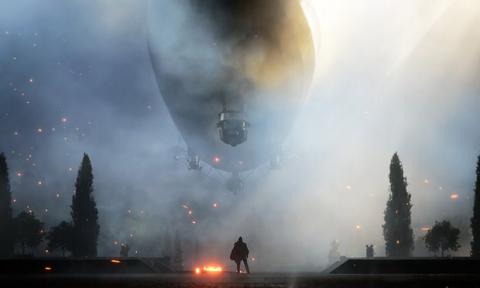 A new computer game in the Battlefield franchise due later this year will be set during the First World War.

Battlefield 1 is said to offer vast environments, taking in trench warfare on the Western front, as well as combat in the Italian Alps, the deserts of Arabia and through besieged French towns.

As usual, the game features weapons and vehicles accurate to the timescale, including the fighter planes and tanks that heralded a new era of mechanised warfare. Players will be able to ride horses, though its not clear whether there will be cavalry charges.

'A World War One game was a dream of ours, that’s been lingering with us for a long time,' said creative director Lars Gustavsson.

'There’s so much from this war that would fit perfectly with Battlefield. We realised this was the dawn of all-out war: it was the switch between the old and new worlds; it was an extreme contrast. Warfare went from marching soldiers and cavalry to technological warfare in a very short space of time. Battlefield has always been about land, sea and air combat, so it felt that something that had to be done.”

The game is set to retain the hallmarks of the series, including large open environments, and the simultaneous combination of ship, aircraft and ground combat. 64-players will be able to take part in on online battles. Battlefield 1 will also include a single-player campaign featuring a narrative that moves through the four-year war.

View the trailer for the new game below: