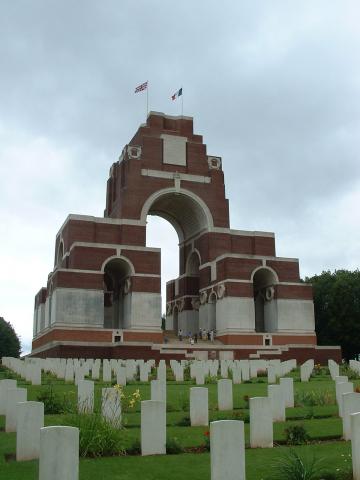 The UK government has announced a ballot will be held for tickets to attend next year's commemorations in France to mark the centenary of the Battle of the Somme.

The public will be able to apply for tickets from September 28, through a specific ballot website. The announcement was made to mark the 99th anniversary of the famous First World War battle.

Up to 8,000 tickets will be made available free of charge and distributed in pairs to residents of the UK, France and Ireland. There are also plans to beam the ceremony to big screens across the UK.

A national commemoration will be held at the Thiepval Memorial (pictured above) in partnership with the UK and French governments and the Commonwealth War Graves Commissions and Royal British Legion.

Major restoration works are on-going at the Thiepval Memorial as part of the centenary preparations.