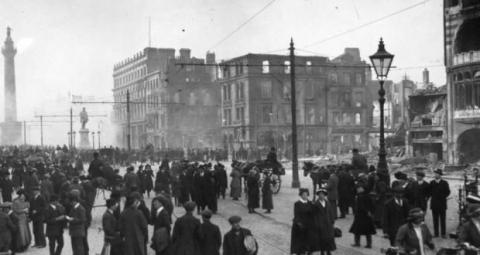 Arts Council Ireland have announced a €1m arts programme fund to mark the centenary of the Easter Rising in 2016.

Artists and organisations across the country are being approached through the national programme which is seeking submissions that 'surprise and renew the state'.

Through support from the Department of Arts, Heritage and the Gaeltacht, the programme will take place throughout 2016 and offers a platform for artists to invigorate the Irish imagination.

'In the century since the rising, artists have been the great signifiers of our island,' said a spokesperson. 'Their work, created in hope has been the enduring imagination of what Ireland has become. Irish artists once, created a body of work, inseparable from the rising. Now this call is to create work that will be forever inseparable from its centenary.'

The programme will include three distinct elements, including an open call for national projects, artist's bursaries and a specific 2016 touring strand. A large scale national event is also tipped to be announced at a later date.

Click here for more information on the fund including how to apply.