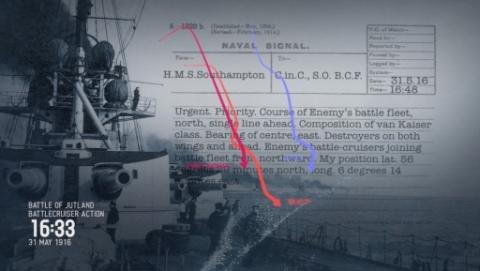 A new animated film has been released detailing the 1916 Battle of Jutland.

Narrated by the grandson of the British commander-in-chief during the battle, the 24 minute film describes some of the key episodes from the biggest naval battle of the First World War.

Nick Jellicoe discusses the tactics, manoeuvres and controversies of the clash.

Animated maps, graphics and contemporary images of the ships and men involved are used to illustrate crucial moments of the battle as they unfolded in the North Sea.