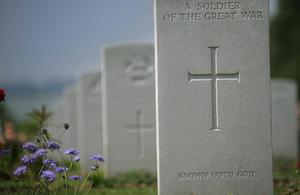 Newly digitised records reveal the amount of money paid by the British government to the families of men killed during the First World War.

The family history platform Ancestry have released the information which includes the details of almost 900,000 soldiers who died during the Great War and the Boer War.

Records reveal that mothers were the most commonly listed next of kin, receiving an average payment of £10.35, equivalent to £929 today, as well as a final pay balance and a gratuity from the War Office.

Some of the names included in the report include the Tottenham footballer Walter Tull, the first black man to be commissioned as an infantry officer in the British Army, and Lieutenant Raymond Asquith, son of Prime Minister Herbert Asquith.