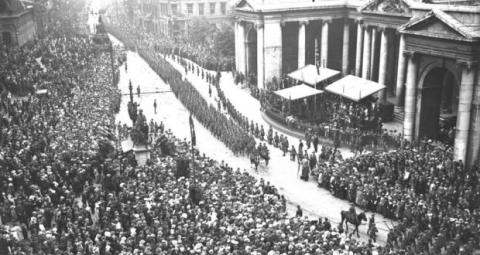 An all island Decade of Centenaries history competition has been launched for 2017 by the Department of Education and Skills in Ireland.

Historical events from 1912-1922 formed a vital role in the formation of modern Ireland.

As part of the ‘Decade of Centenaries’ commemorations, schools and students at all levels of primary and post-primary schools across the island of Ireland are invited, in the 2016-17 school year, to enter the fourth annual all-island schools’ history competition.

The selected themes have a particular link to the events of a century ago across the island of Ireland. This year, at both primary and post-primary levels, there will be specific categories for projects on:

The competition is open to all primary and post-primary schools across the island. The project can be submitted by a class, a group of students, or an individual student. The closing date will be 13th March 2017, and prizes will be awarded in May. Further queries can also be sent to historyaward@mercierpress.ie.

Click here for more information on the competition and how to enter.