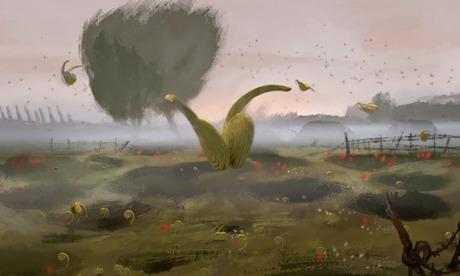 The Imperial War Museum in London will reopen on July 19 following a £40m renovation and will include displays of its First World War galleries and an exhibition of British art.

To mark the occasion, Aardman Animations, the team behind Wallace and Gromit, have developed a new animation called 'Flight of the Stories'.

Due to be shown in cinemas and n the IWM website, the piece mixed the voices of actors reading extracts from letters and diaries sent from the front which are now held in the museum's archive.

'Flight of the Stories captures exactly what we were trying to convey,' said Diane Lees, Director of IWM. 'For while it is true that some of the people never made it back from the fighting front, their stories have, and it is our duty at IWM to ensure they continue to be told.'