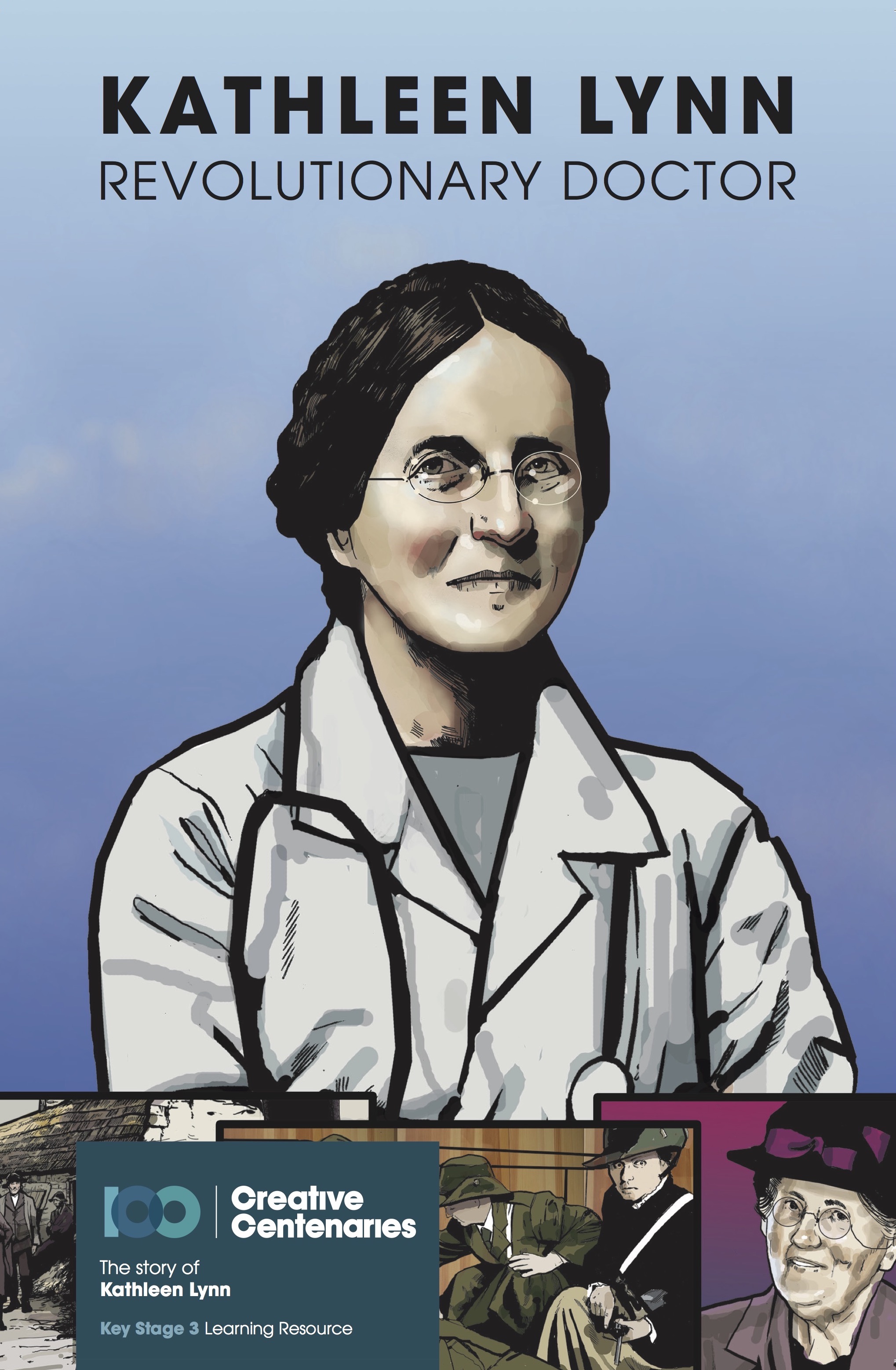 Kathleen Lynn was a pioneering woman who led a full and active life through some of Ireland’s most defining events. Educated in Manchester, Dusseldorf and later Dublin, Lynn graduated in 1899 and following a postgraduate placement in the United States she became a fellow of the Royal College of Surgeons in Ireland.

Lynn joined the staff of Sir Patrick Dun’s Hospital after she was refused a position at the Adelaide Hospital because of her gender. She served as a clinical assistant at the Royal Victoria Eye and Ear Hospital from 1910 to 1916, becoming its first female resident doctor.

She was most concerned in her professional life with those less well-off and influenced by friends and labour activists Helena Molony and Constance Markievicz, she also identified as an active suffragist and nationalist. During the Dublin Lockout of 1913 she saw firsthand the suffering of Dublin’s population through her work in the city’s soup kitchens.

She was imprisoned at Kilmainham Gaol for her role in the Easter Rising along with Helena Molony and Madeleine ffrench- Mullen. Lynn and ffrench-Mullen lived together at Lynn’s home in Rathmines from 1915 until ffrench-Mullen’s death in 1944. They were said to have been in a relationship.

After the Easter Rising Lynn became the vice-president of Sinn Féin’s Executive in 1917 and she used her home for meetings of Cumann na dTeachtaire - the league of women delegates.

She played an important role during the Spanish Flu epidemic of 1918-19 and with ffrench- Mullen established St Ultan’s Hospital for Infants, in Dublin, which provided essential medical and educational facilities for infants and their mothers.

Her commitment to health reform saw Lynn encourage pioneering tuberculosis vaccination and develop relationships with medical practitioners in the US. She died in 1955 and buried with a full military funeral.